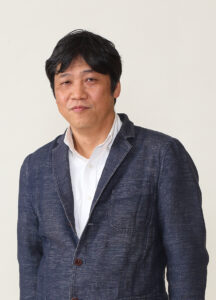 Based on field research, I have been involved in documentation of the Bonan language, a Mongolic language spoken in Gansu province in China. The Bonan language is an “endangered language,” and it would not be a surprise if it disappeared at some point. The death of any language means the loss of valuable cultural heritage from the Earth and a loss in terms of the diversity that is essential to humankind.

This study has two objectives. The first is to contribute to ethnic language education so that the Bonan language can be passed down to the next generation in a way that is preferred by society. In collaboration with native speakers, character sets were created to represent the Bonan language, which did not previously have a written form. These same character sets have been used to produce a dictionary and books of folktales, for example. In addition, the production of phrase books for children is currently underway.

The second objective is to provide a clear overview of the Bonan language through the analysis of linguistic materials obtained during the field study. Although prior studies have clarified many points, many unknowns remain. If the unknowns can be clarified, there is potential to develop not only studies of the Bonan language but also studies of Mongolic languages. Furthermore, the study results have the potential to make a significant contribution to general linguistic studies. In recent years, I have been studying “egophoricity,” related linguistic phenomena, and linguistic changes and their connections to society.

Research Areas and Themes of the Students

The research areas that can be taught concern linguistic studies targeting Japanese and  Mongolic languages (including languages that are spoken in nearby areas). If the research is based on the description and analysis of language data, the study method is not of particular importance. However, this excludes pragmatics, discourse analysis, and conversation analysis.

Contact with different cultures is not just about encountering new cultures; rather, it provides an ideal opportunity to reassess one’s own culture. Open new paths, choose your own route, and keep in mind that studying at Hiroshima University is not the ultimate objective.